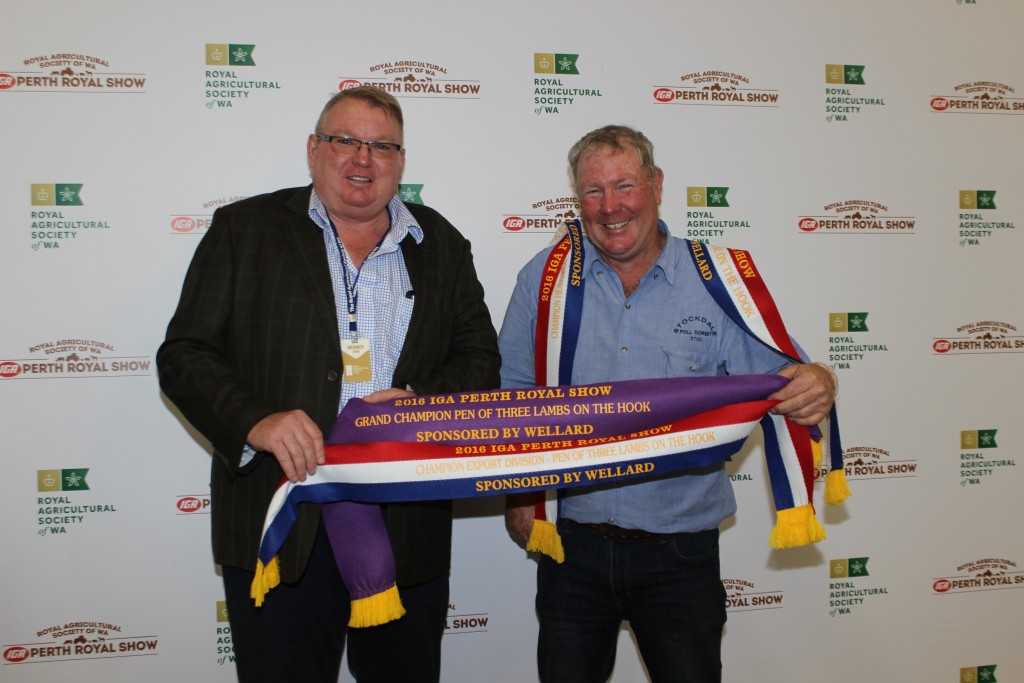 This year the competition under went a revamp with the introduction of a new export class and all the lambs being delivered and processed at Beaufort River Meats.

The changes were well received by producers with 39 entries (117 lambs) from nine exhibitors being processed in the competition across six classes.

The Fairclough family's Stockdale Poll Dorset and White Suffolk stud, shone through in the competition claiming two of the three major awards.

It exhibited the grand champion pen of three carcases and the champion carcase out of a Merino dam.

The grand champion pen of three carcases exhibited by the Faircloughs won the top award after finishing with a score of 92.7 points.

The entry also took out the award for the champion pen of three export carcases and won the export open class any dam. The three carcases weighed 17.7kg, 17.6kg and 17.6kg and had GR fat measurements of 7mm, 7mm and 6mm respectively.

The lambs were sired by their own Stockdale White Suffolk rams and out of Oakover blood Merino ewes.

The lambs were dropped in June and were straight off their mothers for the competition.

The champion Merino dam carcase was sired by a Poll Dorset sire and the lamb was dropped in May.

Another entry from the Fairclough family was sashed the champion pen of three heavyweight carcases when it finished on 90.3 points to head the entries in the heavyweight class out of a Merino dam.